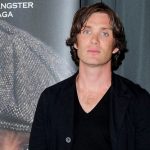 The Irish star has described the show as “unbelievably bizarre” but “really compelling”.

Cillian, who has narrated the BBC’s latest natural history series, Atlantic, is one of many famous voices supporting the campaign to keep the BBC licence fee.

“Paying our licence fee gives the viewer more power, over what the BBC puts out.

“We are invested in the stations and that’s a good way to be. And giving the BBC freedom from advertising and keeping it as independent as it can be is a good thing.”

He has revealed he is filming more Peaky Blinders later this year.

“I’m filming the fourth in September, which is set in the mid to late 1920s, and I know that Steve Knight (writer/creator) is keen for Tommy to be seen as the first air-raid sirens go off for the Second World War.

“I would embrace that as long as the writing stayed strong.

He continued: “What is changing on this side of the pond is that we’re being given time to let characters evolve over four or five series, which wasn’t always the case before.

“We’re in a golden time for television.”