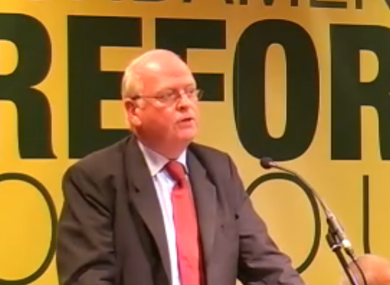 Former Tánaiste and Justice Minister Michael McDowell has lashed out at the Fennelly Inquiry into the resignation of the former Garda Commissioner.

Speaking at MacGill Summer School, Mr McDowell said the Commission of Investigation was 'no substitute' for a parliamentary inquiry - and said it forces deputies to wait for answers.

A draft Fennelly report has been circulated to interested parties including the Taoiseach - whose own role in the events leading up to Martin Callinan's departure have been subject to intense speculation.

Michael McDowell said the Fennelly Inquiry into the matter is no substitute for 'immediate' parliamentary scrutiny....