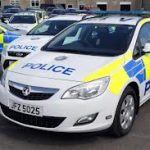 An investigation is underway into the wearing of paramilitary uniforms & shots being fired in Derry over recent days.

The incidents are believed to be connected to the wake and funeral of Peggy O’Hara, the mother of INLA hunger striker Patsy O'Hara, in Derry.

Police carried out searches in Derry this morning in connection with a number of recent events in the city.

Chief Inspector Tony Callaghan said: “This morning’s searches follow a number of recent incidents linked to the wake and funeral of Peggy O’Hara.

Ms O'Hara was buried yesterday, three days after masked men were filmed firing shots over her coffin outside her home.

The 86-year-old died after a short illness last week.

A number of items have been seized and police enquiries are ongoing.