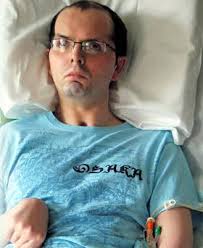 A 24-year-old man has been charged with the murder of Paul McCauley in Derry.

Mr McCauley died nine years after he was severely beaten in a sectarian attack in the city in 2006.

He died last month in a care facility.

The 24-year-old man was arrested in the Fountain area of Derry yesterday.

Paul McCauley was 29 and attending a barbecue at Chapel Road in July 2006.

A group of up to 15 people attacked Mr McCauley and two of his friends.

After the assault, the group made off in the direction of Irish Street.

After MrCauleys death last month, the investigation has taken on a renewed impetu and police say they are following a number of definite lines of enquiry.

The 24-year-old man will appear before Derry Magistrates Court tomorrow.