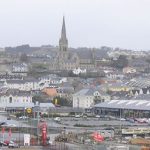 A Donegal County Councillor says a campaign should be launched calling on Letterkenny to be granted city status.

The town is the largest and most populous urban settlement in County Donegal.

With a population of just under 20,000 Letterkenny is the most populated area in the Northwest just ahead of Sligo.