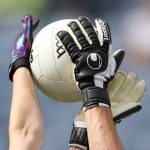 Tyrone and Derry have been given away ties in the latest draw for the All Ireland Football Qualifiers.

Tyrone face a trip to Thurles on Saturday coming in round 3-B as  Mickey Harte's side have been drawn away to Tipperary.

The other 3B tie sees Armagh's conquerors, Galway take on Derry.

The times and venues for those games will be confirmed by the C-C-C-C later today.

After defeat to Dublin in yesterday's Leinster Football final, Westmeath have been handed a round 4-A qualifier with Fermanagh.

That game will be played at a neutral venue on Saturday week, as will Kildare's meeting with the losers of the replayed Munster final clash of Kerry and Cork.

Kildare's reward for their win over Longford at the weekend is a meeting with the loser of Cork and Kerry's replayed Munster final.

Both of those games will be played on Saturday week - July 25th - with neutral venues and times to be confirmed later.