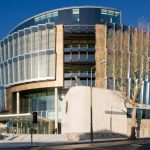 The trial of a man charged with 50 counts of sexual offences against two young girls has been adjourned until Wednesday at Dublin Circuit Criminal Court.

The 51-year-old man, who cannot be identified for legal reasons, was sent forward from the District Court last year in relation to the offences which are alleged to have happened on dates between 2007 and 2011 at locations in Dublin and Donegal.

The charges sent forward include 40 counts of child exploitation by inviting, inducing or coercing the alleged victim to engage in or participate in a sexual, indecent or obscene act. This includes engaging in the production of child pornography.

There are three counts of alleged sexual assault and seven of defilement of a child under the age of 17.

Judge Desmond Hogan remanded the man on continuing bail and adjourned the case to Wednesday.