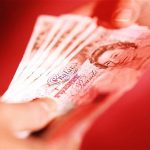 Police in Derry are again advising business people to be on their guard against a confusion scam operated by people seeking to change quantities of money.

Chief Inspector Andy Lemon has said, several incidents have been reported to police in the Derry and the north coast area during the past week.

Inspector Lemon says in the instances reported to them, staff of business premises, including supermarkets, have been asked to change amounts of money into notes of different denominations.

The fraudsters then get the staff confused, and use sleight of hand to seize money belonging to the business during the transaction.

He says police are advising all businesspeople to be on the alert. Carefully count any money that is offered, and if the ‘customer’ claims to have changed his mind and asks for the original notes back, carefully count all money before agreeing.

Inspector Lemon also suggested that shopkeepers consider not offering money-changing services to people they do not know, and leave that to the banks.

It's believed that some of the people involved are eastern European, and are using a southern registered silver Volkswagen Passat and/or a Grey Ford Mondeo.

The PSNI is urging anyone with information to come forward.