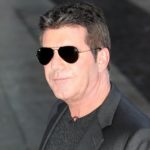 Grieving Simon Cowell showed the show must go on – but shunned the spotlight at the first X Factor auditions.

The music mogul was expected to walk the red carpet with the ITV talent contest’s fellow judges before beginning judging the auditions.

But it quickly became apparent that while Simon would be judging auditions inside the studios at Event City in Manchester, he would not be following fellow stars down the red carpet lined with hundreds of fans and studded with press photographers.

It is understood that following the death of his mother Julie, 89, on Sunday, Simon made a late decision not to appear while arriving for auditions. Try-outs in Manchester were due to begin on Monday but were cancelled.

Simon tweeted a tribute to his “very special” mother thanking all those who had sent messages of sympathy.

Julie Cowell was the mother of four boys – Nicholas, Simon, Tony and Michael – and stepmother to John and June.

A family statement after her death read: “Anyone who had met her would know what a truly special and kind lady she was. We are heartbroken and will miss her terribly, but she is now at peace.”

It fell to fellow judges to provide the star quality for the crowds of audition hopefuls and fans who had waited in the wind and rain for their arrival.

Rita Ora, in matching scarlet knee-length boots and skirt, was last to arrive on the red carpet, following a crescendo of excitement and cheers for fans’ favourite Cheryl Fernandez-Versini.
Olly Murs and Caroline Flack will front the new-look show when it goes out on ITV later this year.

Meanwhile, we got our first glimpse at what the new-look X Factor has in store for us with a tweet of who will be sitting where on the panel.