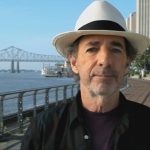 A couple of weeks back we heard the news that Simpsons veteran Harry Shearer was set to leave the show.

That's pretty big news, considering that the 71 year old voices some of the best-loved characters on the show. The list is huge but some of the major ones include: Principal Skinner, Mr Burns, Smithers, Flanders, Reverand Lovejoy, Dr Hibbert, Lenny, Otto, Rainier Wolfcastle, Dr Monroe and a whole lot more.

When he announced he was leaving in May 2015, it seemed like it might be the death knell for The Simpsons but it's all be straightened out now as he's confirmed he's back.

The issue seemed to have come about due to some negotiation over a new contract and Shearer was playing hardball by quitting the show in a very public manner. It seems to have worked as he's back on board with a new contract which pays him the same per episode as the main cast. That's $300,000 per episode in case you were wondering, adding up to $6.6 million a year for a regular 22 episode season.

We were halfway hoping that the loss of Shearer would finally signal an end for the show, which has been regular circulation since its debut in December 1989. Without question the best years of The Simpsons are in the distant past, and you have to wonder exactly who is still tuning in week opon week to justify the enormous cost of just the vocal talent.

At least Mr Burns is back...

The Simpsons season 27 starts airing on the 27th of September 2015.