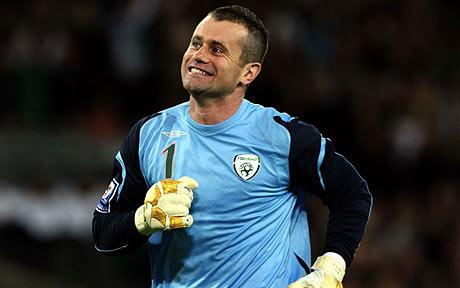 Stoke City are closing in on the signing of Aston Villa goalkeeper Shay Given, sources have told ESPN FC, a move which could pave the way for Asmir Begovic to join Chelsea.

Stoke have made a late swoop to hijack Middlesbrough's move for Given as they want to bring in an experienced keeper to fill the void should Begovic leave.

Chelsea have seen one bid for Begovic rejected, but sources say they are close to striking a deal with Stoke to sign the Bosnian, who is the final year of his contract at the Britannia Stadium.

Stoke boss Mark Hughes is keen to bring in an experienced keeper as he only has Jack Butland and Jakob Haugaard at the club following the departure of Thomas Sorensen at the end of his contract.