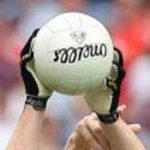 It's reported that Brendan Murphy could be named in goal for Meath in this Saturdays All Ireland qualifier with Tyrone.

Murphy retired in 2011 but he's been made part of the playing squad having been involved as a coach.

The Royals are light on options at number one after Paddy O'Rourke's red card against Westmeath in the Leinster semi final.

Interestingly, Tyrone also have problems on the goalkeeping front after Mickey O'Neill was ruled out of this game because of a knee injury.

U-21 keeper Sean Fox was called up to the squad this week by Mickey Harte - although Niall Morgan is likely to start in the game against Meath at Healy Park.