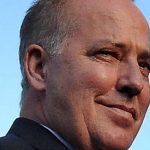 Former television star Michael Barrymore is taking legal action against British police over his arrest after the death of a man in his swimming pool, it has been reported.

The Strike It Lucky star was arrested in June 2007 over the death of Stuart Lubbock, 31, at his luxury home in Roydon, Essex, in March 2001.

But he and two other men arrested on suspicion of sexual assault and murder were later released without charge.

An inquest in 2002 recorded an open verdict, with medical experts telling the hearing that Mr Lubbock had suffered severe internal injuries, suggesting he may have been the victim of a serious sexual assault.

Alcohol, cocaine and ecstasy were found in his system.

An Essex Police spokesman said: “We cannot comment because of ongoing civil litigation.”