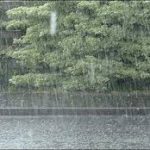 Parts of Derry City were badly affected by floods last night. The Lonemoor Road and Rossville Street had to be closed and there were also problems in the Bogside, Creggan, Foyle Road and Strand Road.

Derry City and Strabane Council were urging people to avoid certain streets because of localised flooding caused by heavy down pours of rain.