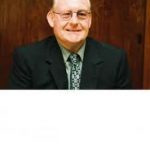 There are calls for urgent action to determine the future of the traveller’s community centre at Ballyarnett.

It comes after a fire caused serious damage to the disused building on Saturday afternoon. The cause is being investigated, but it's understood it is believed to  have been a case of vandalism.

Local Councillor Tony Hasson says the potential for such incidents has been a cause of concern for some time, and agrement is needed between various departments on the future of the building.

Cllr Hasson says the building has been lying dormant for years after funding issues caused the Traveller Centre to close.............