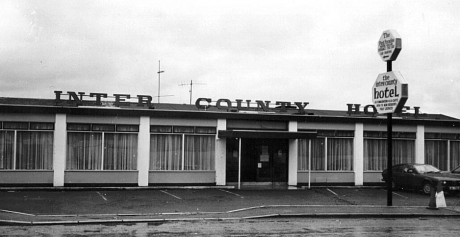 A fresh planning application for a new hotel in Lifford has been given the green light by Donegal County Council.

It's hope the development could create dozens of new jobs in the area:

Last November, Daly Bros Ltd were refused permission for a 21-bedroom hotel which was to include a restaurant, bars, function room, conference suites and a leisure centre on the site of the former ‘Inter County’ Hotel on the Castlefinn road.

The proposed development of the seven acre site was also to include a children’s activity building as well as an astro turf pitch, changing facilities and a new boardwalk and viewing point along the River Finn.

At the time, council planners rejected the proposed development over flooding and environmental concerns.

However, a new application was submitted and, this week, the council gave the new hotel plans the go-ahead.

There was one objection from a local resident, over flooding concerns and potential effects on the adjacent River Finn.

However, planners found that the proposed development would not have any significant impact on flooding, or on the River Finn Special Area of Conservation.

Lifford has been without a hotel since the closure of the Inter County, and in recent years, the Gateway Hotel on Bridge Street.