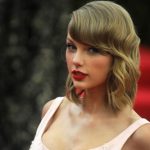 A man charged with trespassing at Taylor Swift’s Rhode Island mansion wants the singer to testify on his behalf.

The Westerly Sun reports that 24-year-old Nicholas Field, the man arrested on April 14 and charged with willful trespassing at Taylor’s beachfront mansion, has appeared in court.

Field says he wants the Shake It Off singer to be served with a subpoena to appear in court on his behalf.

Police say surveillance video shows Field going up to the gate at Taylor’s property to deliver a letter and poem. They say Field was manipulating the gate when he was arrested.

Field says he wants to see the surveillance video, which was not available at the hearing.

It’s unclear whether Field is being represented by an attorney.

The case was continued to July 10.