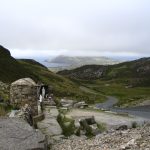 A public meeting will take place tonight at Tirnasligo National School outside Clonmany to discuss the ongoing insistence of the government that children from the Urris area going to secondary school should go to Buncrana.

Traditionally, post primary pupils from the area have gone to Carndonagh Community School, but the government has now changed how it determines bus routes, and is using Mamore Gap to establish that Buncrana is closer. However, parents argue the gap is dangerous in the winter and totally unsuitable for buses.

Spokesperson Brian Harkin says a number of parents will have a private meeting with Junior MInister Joe Mc Hugh this afternoon, and they are hoping other public representatives will attend tonight's meeting.

Speaking on today's Shaun Doherty Show, he confirmed their latest appeal has been refused........