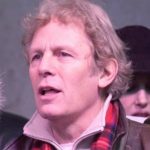 The actor, who shot to fame in stage shows including Hair and Jesus Christ Superstar, will play Gavin Sullivan in the hit soap.

He said: “I am delighted to be joining the wonderful cast of EastEnders for what is going to be an exciting time ahead. I can’t wait to get started and seeing what’s in store for my character.”

Paul, who has not started filming in Albert Square yet, appeared opposite Jan Francis in Just Good Friends about a man who accidentally meets his former fiancee years after jilting her at the altar.

EastEnders viewers will see him follow Kathy to east London as she goes into hiding with her ex Phil Mitchell.

The show’s executive producer Dominic Treadwell-Collins said: “We are all thrilled that Paul has agreed to join our cast to play Gavin.

“So many British television viewers have grown up with Paul Nicholas so it’s brilliant to have him back on our screens, playing a major part in Kathy’s explosive return to the Square, while also holding the key to many more of the Square’s secrets.”