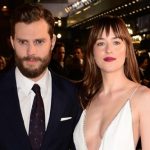 Eager readers have got their hands on the latest instalment of EL James’ sadomasochistic Fifty Shades Of Grey saga after it was published on Kindle before bookshops opened.

The new book, called Grey, is a re-telling of the first novel in the hit series about an affair between mysterious tycoon Christian Grey and lover Anastasia Steele, from the point of view of its title character.

The book comes after Jamie Dornan and Dakota Johnson starred in the Fifty Shades Of Grey movie.

A review for the Daily Mirror said “there’s absolutely nothing vanilla about this book”.

The story, set over the course of a month, is described as “a fresh perspective on the love story that has enthralled millions of readers around the world” and the story of the title character’s battle with the “compulsion to control” and “dark sexual desires”.

It is dedicated by the author to her readers with the words: “Thank you for all that you’ve done for me. You rock my world every day.”

Among the acknowledgments are thanks to different people for help guiding the author through “an education in soil science”, “behavioural health” and “guidance in flying a helicopter”.

The book starts with the title character having a nightmare about his childhood before he meets Anastasia who is described as “a whirl of long chestnut hair, pale limbs and brown boots”.

It made headlines last week ahead of its publication when it was reported a finished copy had been stolen.

The publishers vowed to continue to investigate the theft of a copy of the unpublished book despite police saying there was “no evidence” a crime was committed.

It has made the British author a millionaire many times over. This year’s Sunday Times Rich List estimated her fortune at £75 million.