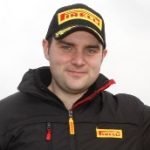 The Monaghan man was due to compete in a Toyota GT86 but crashed while testing for the event on Wednesday.

Daniel and his co driver were unhurt in the accident but the car is to badly damaged to race this weekend.

It's another blow for the National side of the rally as McKenna's withdrawal follows Craig Breen's and Phil Collins' decision to not make Donegal.