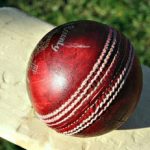 David Rankin and John Anderson have been called into the Ireland squad ahead of their T20 International series against Scotland which starts at Bready on Thursday.

They replace Paul Stirling, who is on county duty with Middlesex, and John Mooney, who has been granted leave to attend to family commitments.

He has played for both Ireland U19's and Ireland A, but this is his first call-up to the senior ranks.

"It's a great honour to be called up but the fact that the series is being held at Bready and with Craig (Young) involved too makes it extra special.

"I have been happy with my form overall but especially the T20 stats in the past couple of seasons. Club and Inter-Provincial cricket are equally important to me and I'm delighted to be given this chance at full International level.

"Obviously now that I've made the squad I'd love to play as well so I'll be keeping my fingers crossed for the game" he concluded.

Rankin is included in the squad for Thursday's game only, as Andrew Balbirnie will return from Middlesex commitments on Friday, while John Anderson is in the squad for all three matches. The Merrion all-rounder has played 13 times for Ireland, but is yet to feature in the T20 format.