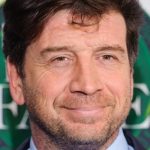 Nick Knowles has opened up about rumours that he could be joining Top Gear, saying that he has had talks.

The DIY SOS star, 52, is one of several names to have been linked to the job after presenter Jeremy Clarkson was axed.

Nick told Radio Times magazine: “I’m a BBC regular and I’ve had conversations with people at the corporation about it”.

“But,” he added, “with all the work I’ve got on it’s not something I can do at the moment.

“Getting the new team right is very important. And no, I won’t speculate on who will get it!”

Top Gear’s future was thrown into doubt earlier this year when Clarkson was suspended after assaulting producer Oisin Tymon.

But it is still unclear what will happen to the show after it was reported co-presenters Richard Hammond and James May have been offered deals in the region of £1 million a year to stay with the BBC.

That deal is said to be part of a plan to include a different guest host on each show rather than directly replacing Clarkson.