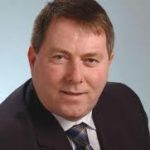 The Mayor of the Letterkenny Municipal District says he understands there is to be a meeting today between management and union representatives at Medisize in Letterkenny.

On Friday, unconfirmed reports began to surface that job losses may be on the cards at the plant.

Cllr Gerry Mc Monagle says he tried to contact management on a number of occasions, but to no avail.