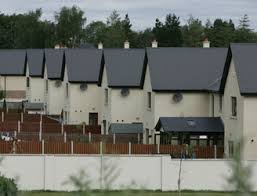 Rents have dropped considerably in Co Donegal during the past five years.

Across the country rents have dropped in nearly all parts except Dublin, Cork and Galway.

The Irish Independent's examined data from 2010 and 2015 comparing actual rents paid across the country.

April 15, 2021
Hairdressers, beauty salons, visitor attractions and outdoor sport can resume in Northern Ireland from next Friday. The Stormont Executive's agreed a further easing of lockdown...