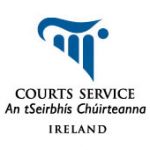 Construction on the new Letterkenny Courthouse is to begin later this year.

In response to a parliamentary question from Deputy Padraig Mac Lochlainn this week, Justice Minister Frances Fitzgerald said it's anticipated that a contract for the project will be concluded in the coming months,  and construction will commence shortly after it has been agreed.

Deputy Mac Lochlainn, the Sinn Fein Justice Spokesperson has welcomed the confirmation, saying the current Courthouse is too small, and not adequate to protect the right of people to a respectful and dignified environment in their dealings with the court.

December 1, 2021
The unemployment rate fell to 6.9% in November, including those on the Pandemic Unemployment Payment. According to figures from the CSO, that's down from 7.9%...