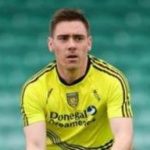 Sunday’s meeting of Donegal and Armagh at the Athletic Grounds will be the 27th championship battle between the two sides.

History favours the Orchard County who have won 15 of those to Donegal’s 8, while 3 ended in draws in the previous 26 contests.

In recent years Donegal have had an excellent record in the provincial championship winning 14 of their 15 games since 2011, their only defeat was the final lose to Monaghan in 2013.

Donegal are looking to add another win to those stats on Sunday and take their place against Derry in the semi final.

MacCumhaill’s man Martin O’Reilly made his first championship start against Tyrone last time out and he knows Armagh will be hard to beat in their on back yard...

Donegal v Armagh will be LIVE on Highland Sunday Sport, on highlandradio.com and on the Highland Radio App from 1.45pm with Oisin Kelly & Rory Kavanagh in association with Brian Mc Cormick Sports & Leisure, Letterkenny.