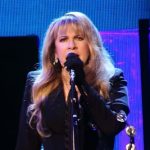 More than 50,000 music fans are heading to the Isle of Wight for the first major festival of the summer, being headlined by Blur and Fleetwood Mac.

Other major acts taking to the stage during the four-day Isle of Wight Festival will be Happy singer Pharrell Williams, The Prodigy and The Black Keys.
Promoter John Giddings said it had taken seven years of negotiations to bring Fleetwood Mac to the event as part of their reunion tour, and he revealed the deal-clincher was the promise of the “biggest” helicopter to bring them to the site at Seaclose Park, Newport.

He told Absolute Radio: “Part of the deal for Fleetwood Mac to perform was that I promised I would provide them with a helicopter to get there.

“I’ve rented them the biggest helicopter you’ve ever seen, it’s incredible. I left no stone unturned to give them the ability to say they couldn’t come.”

He said he expected the festival to again be a draw for celebrities. Previous years have included Kate Moss and Sienna Miller, and Lewis Hamilton is thought to be attending this summer.
He said: “Lots of people from the Formula 1 world are coming this year because there’s not a Grand Prix on that weekend for the first time, and certain people in Formula 1 like Pharrell Williams, so that gives you an idea of who might be coming.”

The promoter said the festival had one of its best-ever line-ups, claiming the headliners had scored more number one albums than any other UK festival, totalling 19.

As well as the rock and pop names at the top of the bill, a number of up-and-coming YouTube artists including DanielJ, Alice Olivia, Myth City, Only1Noah, Toby Randall and Hannah Trigwell will be on stage.
The promoter said: “We are committed to putting on new and emerging artists each year, and with so much amazing talent on YouTube it made total sense to book some of the best acts that you can currently discover on the site.”

The festival is in its 14th year since it relaunched the legendary events of the late 1960s which featured Pink Floyd, Bob Dylan and famously Jimi Hendrix, who gave his last UK performance on the island.

To recognise Hendrix’s contribution, Mr Giddings has renamed the main arena the Electric Church and is calling on all those on site on Saturday afternoon to wear Jimi masks in a record attempt to mark the 45th anniversary of his performance and to raise money for the WellChild charity.
The festival site has more than a dozen stages and nightclubs including the Bohemian Woods – a venue for alternative acts – and new for this year will be a giant water slide.

For those in need of a bit of luxury, hot tubs and saunas will be available at the Bathing Under the Sky area and glamping options led by Tangerine Fields offer pre-erected and boutique camping.

Hampshire Police will be patrolling the site during the weekend and have warned that legal highs as well as illicit drugs are banned.

“These substances are often marketed as ‘legal’ and misleadingly labelled as ‘not for human consumption’ or ‘research chemicals’. It is increasingly clear that some of these substances are far from harmless and can sometimes be more harmful than illegal drugs.”