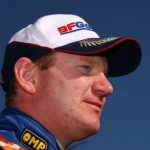 The Joule Donegal International Rally was launched in the An Grianan Theatre in Letterkenny on Tuesday night.

Media and rally fans heard from former and current winners who were joined by some of the new blood in the sport, as well as house hold names like Ari Vatanen and Nicky Grist who spoke via Skype links.

Former winner of the International Rally Eugene Donnelly says the winning atmosphere in Donegal is special.