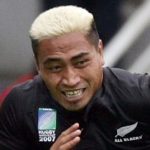 It's reported Collins died along with his wife, when a bus crashed into their car.

Collins was one of the New Zeland party that visited Donegal in 2005.

Collins also spent time in Ramelton, the birth place of Dave Gallagher who was the founder of All Black rugby.