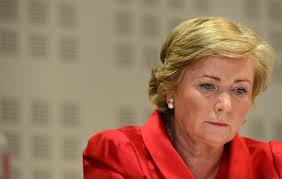 The Minister for Justice is to establish a judicial inquiry into the death of Sgt Michael Galvin.

The Donegal Garda took his own life at Ballyshannon Garda Station in Donegal last Thursday - he had been the subject of a GSOC investigation.

He was reportedly unaware that he had been cleared in relation to the inquiry.

This evening Frances Fitzgerald says following a meeting with the Association of the Garda Sergeants and Inspectors and GSOC she has decided to investigate matters surrounding the death of Sgt Galvin.

GSOC has issued a statement following the Minister's decision this evening.

The body says it has listened to the concerns of Sergeant Michael Galvin's family and colleagues and that much of the commentary has been misleading.

In a statement the ombudsman says it is convinced its interaction with the late Sgt Galvin was proportionate and reasonable.

However it is now bringing its investigation into the death of Sgt Galvin to a close.