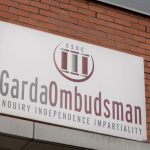 He had been the subject of a Garda Ombudsman Commission investigation into an incident on New years Day, about which he was said to be very concerned. It emerged this week that GSOC had fully exonerated Sergeant Galvin and found no evidence of any wrongdoing five days before his death, but that had not been communicated to him.

Deputy Mc Conalogue says all these issues must be examined, and GSOC should have no role in that process.

He believes this will be a key demand at a meeting today between the AGSI and Justice Minister Frances Fitzgerald.................