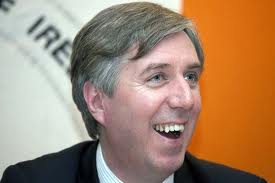 John Delaney's confirmed that FIFA made a payment to the FAI following the Thierry Henry handball fiasco.

The FAI Chief's admitted 'expletives' were used when he discussed the matter with Sepp Blatter following the world cup play-off with France and the FAI's belief that it had a legal case against FIFA.

However in an interview on RTE, Delaney refused to confirm reports that the payment was in the region of 5 million euro.

April 15, 2021
As Derry City prepare to host Drogheda United on Friday night, Manager Declan Devine is confident this is a game that they can get...