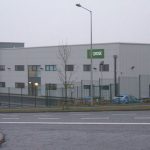 An Post has moved to defend restructuring plans in the Letterkenny area after concerns were expressed this morning.

It's been confirmed that postal staff in Milford, Carrigart, Kerrykeel and Creeslough will move to An Post Letterkenny Delivery Service Unit which was opened in 2011.

An Post says the move was fully agreed at national level by the company and union representing staff and is a common feature of An Post mails operations around the country. Its expected the change will be implemented later this year.

Three staff from each of the offices in Milford, Carrigart and Kerrykeel, and one from Creeslough will move to Letterkenny, undelivered mail and parcels will still be collected at those local post offices.

An Post says the move will not affect local mail services and may well result in improvements in some cases.