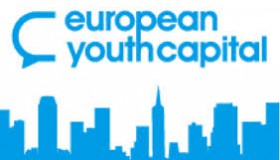 A meeting of the council's Strategy Committee last evening gave the go-ahead to develop a concept paper for the first phase of the application process.

The council will now seek Government and Ministerial endorsements for the Council’s bid.

Derry previously made an unsuccessful bid for the Youth Capital designation in 2010.

Backing the bid, Mayor Elisha McCallion said the process will allow the council create long-term connections for young people and celebrate all that is positive about them in the city and the region.

She says she is confident that based on the criteria set out and what was learned from the 2010 bidding process, Derry and Strabane council is in a very strong position to submit an outstanding bid.

Mayor Mc Callion concluded that designation as European Youth Capital 2019 would be the ultimate recognition of the important role that our young people play in shaping their future, and whatever happens, the process of bidding will increase the involvement and participation of young people in policy development.