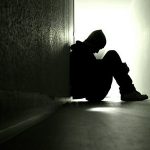 A Donegal Priest has said that suicide often goes unrecorded in Ireland.

In Co Donegal there were 15 suicides recorded, 8 men and 7 women.

Bruckless based priest, Fr James Sweeney said the recorded figures nationally are often lower than the actual number of suicides: