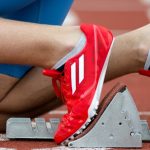 International athletics will be returning to Letterkenny again this year, with the Letterkenny AC Sub 4 Minute Mile Challenge Event set for Friday 10th July. This event follows on from last year's success where we witnessed exceptional performances from a host of world class athletes at the Danny McDaid Athletics Track.

The fields already assembled for the track and field programme are showing signs that this will be one of the highlights on the Irish and international athletics calendar for 2015, and the organisers will be hoping for meeting records, sub 4 minute miles, and qualification standards for both the World Championships and Olympic Games.

The men's feature event on the programme will be the iconic distance of 1609m, the Mile.

Last year's race produced the first ever sub 4 minute mile on Donegal soil with Mexico's Juan Luis Barrios marking his place in history by stopping the clock at 3:59.43. In a very exciting finish, Kenya's Vincent Mutai also dipped under the 4 minute barrier, followed closely a number of athletes who just narrowly missed out with times of 4:00.

For this year's race, South Africa's Jerry Motsau with a personal best of 3:36 for 1500m leads the entries so far. Motsau is a bronze medallist from the World Student Games in 2013. Emanuel Rolim of Portugal, Austria's Andreas Vojta, Scotland's Cameron Boyek and England's Matt Clowes will lead the charge from Europe.

The Americans are also coming in force for the mile with Tommy Schmitz, Jon Peterson, Jack Bolas, Johnny Gregorek, Will Geoghegan and Jake Hurysz all making the trip across the Atlantic.
Ireland's challenge will be led by Letterkenny's own Danny Mooney, who will be looking to upset the odds with a hometown victory. Mooney has been edging closer to a sub 4 minute mile after competing at the 2014 Commonwealth Games and 2015 European Indoor championships.