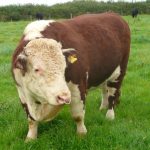 The Irish Natura & Hill Farmers Association is advising farmers still thinking about joining the Beef Data & Genomics Scheme to be very careful about doing so.

However, Henry O'Donnell, the INHFA's Donegal Spokesperson says after similar indications were given about commonages last year, it took a huge campaign to have them acted on.

He says the association is very sceptical about the current scheme..........