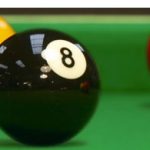 After a six year absence, This year Donegal ladies pool team are back in action competing in the All Ireland Championships this weekend in Ennis.

The last time Donegal competed in the finals was 2009 and they won the All Ireland Trophy that year.

The first game on Saturday at 3pm is against Cavan followed by Mayo and Wexford.