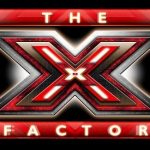 Chloe Jasmine Whichello and Stevi Ritchie want to get married.

The former 'X Factor' contestants - who got together after Chloe reportedly cheated on her ex-boyfriend with Stevi - have rubbished rumors they've split up and insist they've been in a "loving relationship" since the ITV show came to an end.

Stevi said: "This isn't a showmance, you can't turn feelings off."

The cheeky chappy had appeared to fall head over heels for Chloe on the show but has now confessed it wasn't love at first sight for him.

He explained: "They put us together and got us talking so they could film it. Back then I didn't find her attractive - sorry, Chlo!"

And Chloe - who came under fire for leading Stevi on despite already being in a relationship - claims she was the first one to say "I love you".

She said: "I told him in November, I had to try and track him down at his gigs at first and find out what hotel he was staying at.

"I love the idea of marriage, but I don't think it matters where you get married."

Stevi then jumped in: "I'm putting my foot down - we're having it in a church!"

The father-of-one and the blonde beauty also spoke about their favourite things about one another.

Stevi told OK! magazine: "She's very kind and she goes out of her way to do things for me. She makes a big effort to come and see me.

"And she's stunning! She worries about her weight and skin but I think she's beautiful."

Chloe added: "For me, it was interesting getting to know him outside his public persona, and I thought it was very intriguing. There's always more than meets the eye and as you can see he's a really lovely person."