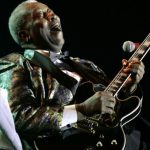 Las Vegas police say there is no active homicide investigation of the death of BB King, despite claims by two of the blues star’s heirs that his two closest aides poisoned him.

Lieutenant Ray Steiber said any police action will depend on the findings of post-mortem tests.

Clark County coroner John Fudenberg said there is no immediate evidence supporting allegations by a lawyer who says she represents King’s heirs.

A post-mortem examination was performed on King’s body on Sunday and results of forensic tests are expected to take up to eight weeks.

Mr Fudenberg said his investigation will not delay upcoming services for King in Memphis and his home town of Indianola, Mississippi.

He died in Las Vegas earlier this month aged 89.