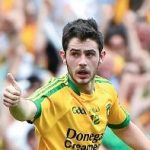 Donegal’s Ryan McHugh is named among those selected as recipients of the inaugural ‘EirGrid 21 U21 Awards’.

The awards honour the twenty-one standout players from the 2015 EirGrid GAA Football U21 All-Ireland Championship.

In addition to the 21 U21 awards, EirGrid are asking fans of the championship to select their EirGrid GAA Football U21 All-Ireland Championship Player of the Year.

The nominations are Lee Brennan and Cathal McShane from Tyrone; and Colin O’Riordan from Tipperary.

Fans can cast their vote by visiting the official GAA Facebook page between Friday 29th May and Sunday 31st May.

Corner-forward Lee Brennan was instrumental as Tyrone claimed their first All-Ireland title at U21 level since 2001. The 18-year-old was the county’s scorer-in-chief during the course of the championship but regularly played deep to help out his defence when called upon.

Teammate Cathal McShane is also shortlisted following a number of eye-catching performances over the course of the championship, culminating in him being awarded the EirGrid Man of the Match in their victory over Tipperary. The work-rate and scoring ability of the Eoghan Rua O’Neill clubman has already caught the attention of senior manager Mickey Harte.

The final nomination, Colin O’Riordan, is one of the most celebrated young stars in the GAA. His performances against Cork in delivering the Premier County their second ever Munster U21 title was a highlight of the Championship.