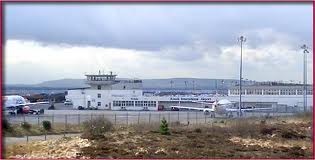 Donegal's Councillors have deferred a decision on proposals to invest thirty thousand a year into Ireland West Airport over the next ten years.

As part of the deal, in conjunction with six other councils, Donegal council would receive preference shares.

A number of councillors expressed concern with the lack of detail on the proposals and suggesting money would be better invested in Donegal airport.

Councillor John Ryan was one of a group of representatives who were keen for the deal to be passed.