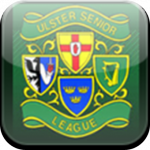 Cockhill Celtic won the League and Cup Double with a hard earned odd goal in three victory over a much improved Bonagee United team at Leckview Park.

A Peter Doherty header clinched the victory after a Frankie McBrearty penalty and a Matty Henry equaliser were exchanged in the first half.