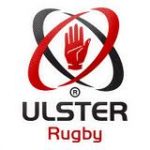 Ulster return to Glasgow tonight (Friday) for the first of this weekend's Guinness Pro12 semi-finals.

After a second-string Ulster side were beaten at Scotstoun on the final day of the regular season, Ulster head coach Neil Doak has made 11 changes for tonights game - handing recalls to the likes of Rory Best and Tommy Bowe.

The province have been boosted by the news that Craig Gilroy has recovered from injury to regain his place on the wing, while Paddy Jackson has also returned to the side.

Louis Ludik, Ricky Lutton, Lewis Stevenson and Chris Henry are the four players that have been retained.