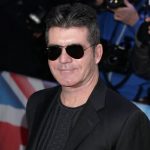 The X Factor’s Cheryl Fernandez-Versini and Louis Walsh “have never liked each other”, Simon Cowell has said.

Simon, talking to Richard Arnold on Good Morning Britain, kept mum on whether Louis would be returning to this year’s X Factor judging panel.

He said: “I’m not sitting there in the dark going ‘You know what, today I’ll fire Louis’. It is what it is, you know. But it does irritate me sometimes, thinking I’m not the only person making this decision.”
Cheryl and Louis had a recent war of words on Twitter after he told Heat magazine: “Cheryl wasn’t great last year, she’s sometimes lazy and lacks energy. She needs to give more, she can give so much more.”

Cheryl hit back on her Twitter feed, writing: “I am beginning to wonder if Louis has some kind of an obsession with me…
“I mean this is every year whether I am or am not a part of the show and, by the way, this is the same man asking me what he should say to contestants on our way to the stage because ‘he doesn’t know’.”

Simon said “there was always going to be a clash”. He told Arnold: “They’ve never liked each other, those two… (When Cheryl was in Girls Aloud) he was their manager. Now, Louis managing a girl band, disaster, he just doesn’t do it well.”