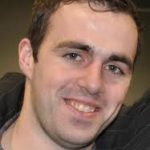 Donegal County Council has been called on to close down Lisfannon Halting Site.

The issue has been raised by Councillor Jack Murray

The site on the approach to Buncrana is now vacant but Councillor Murray says the derelict caravans left behind and damage done will cost Donegal County Council thousands of euro.

He says that the site should be closed and an alternative, safer site identified for traveller families........