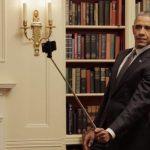 Now you may have thought President Obama was already on the Tweeting machine, as Vincent Browne might say, but nope, while The White House has an account, and there is an official Presidential account, they are operated by his staff, this new one set up today is entirely the boss man himself.

He describes himself as "Dad, husband, and 44th President of the United States", and here's his first tweet to the masses!

How do we know it's really him? Well the White House have released a statement saying as much;

"The @POTUS Twitter account will serve as a new way for President Obama to engage directly with the American people, with tweets coming exclusively from him. President Obama is committed to making his Administration the most open and participatory in history, and @POTUS will give Americans a new venue to engage on the issues that matter most to them."