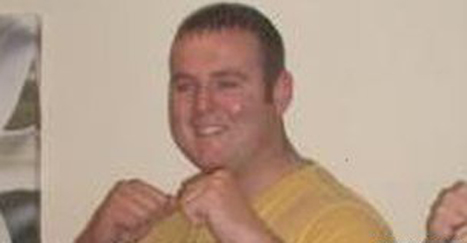 Gardai investigating the murder of Andrew Allen have arrested a man in Co Donegal.

The Derry father of two was murdered in Buncrana in February 2012. No-one has ever been convicted for the killing.

However detectives say they remain committed to solving the crime, which was claimed by the dissident republican group, Republican Action Against Drugs.

A number of arrests have been made by Gardaí investigating the murder in the Links View Park area on the night of February 9, 2012 and Gardai are working closely with their colleagues in the Police Service of Northern Ireland.

A Garda statement confirmed: “A man his 30s was arrested in Co Donegal this afternoon and is detained under Section 30 of the Offences Against The State Act at Buncrana Garda Station.”

The inquest into the brutal killing was recently opened in Letterkenny, where the coroner condemned the murder but said that, due to an ongoing police investigation no cause of death could yet be recorded and the inquest was adjourned.

In February, gardaí renewed their appeal for information in relation to the fatal shooting.