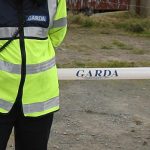 Further tests are to be carried out on the bodies of a man and a woman found at a house near Askeaton in Co Limerick yesterday.

Post mortem examinations were carried out on the badly decomposed remains last night, but no cause of death was established.

The bodies have yet to be formally identified, but they're believed to be those of 56 year old farmer Thomas Ruttle and his partner, 65 year old Julia Holmes.

Ms Holmes, originally from Castlederg, was wanted by Gardai, the PSNI and the FBI on fraud charges.

Previously, Ms Holmes had been sentenced to 21 months in Hydebank Prison in October 2009 as a result of swindling over 20 Northern Irish businesses out of services and goods worth more than £1 million.

The couple had not been seen since mid-March.

It's understood their remains were in the house for some time before being discovered by burglars who contacted the Gardai.